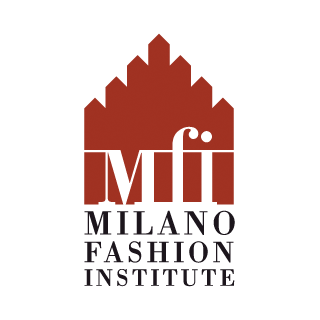 Milan is the privileged hub of the most important international events associated with the world of fashion, where new styles and trends coexist alongside historical brands that have extended their activities from clothes to bags, from accessories to perfumes, giving life to the made in Italy” world famous.

From “Press” to “Fashion”

In 1850 the Couture industry was born in Paris and the best designers used to organize small presentations in their ateliers for their most exclusive clients. Parisian designer Charles Frederick Worth is considered the father of Haute Couture by the way he shakes the traditional production process.

Charles Frederick Worth is also considered the father of the modelling career. He was the first tailor to work on real people, sewing directly on the customers to whom the clothes were intended, creating in this way a personalized look. His respectful style was then adopted by other designers and was quickly recognized by consumers as a symbol of elaborate design.

During World War II it was impossible for the industry’s elite to travel to Paris, Eleanor Lambert launched in 1943 the first “Press Week”, the original name of New York Fashion Week, to show the collections of American designers: this led fashion journalists to focus more on national style.

Meanwhile, in Italy, the aristocratic Italian Giovanni Battista Giorgini organized a series of shows at Palazzo Pitti in Florence, inspired by Lambert’s success. Emilio Pucci and Missoni were among the first to gain credibility with this type of event. The incredible success of this idea caused such a traffic problem in the city, unable to sustain the influx of people from all over the world, that the parades were moved to Milan where, in 1975, the first Fashion Week took place.

Each city dealt with a fashion sector, Milan took care of the first packaging clothes, in French language “prêt-à-porter”, jackets and shirts sewn into standard sizes and ready to wear. Well, fashion in Milan has always been contemporary with the life of citizens, as it is now.

“Week” and “City” have the characteristic of drawing unusual maps of Milan by discovering places, districts, cultural centers, places of aggregation that each time have the ability to amaze and to question the consolidated aspect of our city. The whole city feels deeply involved, called to participate actively or proposing initiatives or content and as spectators.

The first months of the year are characterized by Fashion Week. Followed by Milano Museo City and Digital Week. In April is the turn of Milano Design Week and in the same month is scheduled Milan Art Week. Concerts and not only in Milan Piano City, food and relations with the city in Milan Food City and Milan Arch Week. In June Milan Photo Week. We start again in September with women’s fashion, then Milan Green Week, Milan Calcio City, Milano Bike City, Milano Pet Week, Milano Montagna Week.

Well, Milan knows how to keep its citizens engaged.

Our Institute is often present in Milanese life, for example during Milano Fashion Week 2019, the students were guests in different events.

About Beauty, Milan is the place where different brands reside. Always these brands, such as Armani, Gucci, Dolce & Gabbana, have also included cosmetics in their collections.

Perfumes and makeup are the order of the day in a city that must always be in step with the times.

Sweet fragrances, perhaps in line with what the seasons propose, flowers of cherries in spring, mandarin in summer, fruity woods in autumn and jasmine in winter, accompanied by bright and elegant colours.

In addition to innovation and new fashions, there are always “the intruders” that have made the history of beauty, such as “Acqua di Giò” or “Chance”, “999 Rouge Dior” or the “Passion 104 Rouge Allure”.

The brands are no longer, or perhaps never have been, focused only on tailoring but have united the two worlds.

When we talk about fashion, we don’t leave beauty behind and vice versa. These are a couple of words that have the meaning of the other inside.

For example during Fashion Week 2018, the models' look of Armani was created directly in the backstage.

Armani has created the "Armani run Way Lab", a unique instrument that has been present for years in the backstage of the Italian fashion house: it is a wardrobe wanted and designed by the designer with pigments and textures that allow Makeup Artists to create everything at the moment.

Live creation of the look is an exclusive Armani: all the backstage make-up artists receive the new products in ad hoc packs that must be returned at the end of the show to preserve the secret of the Runway collections.

If you like fashion’s world, Milan is the right city for you and for your future.

Join us and build your future!

Fashion Internship in Milan: the fundamental tool for working in fashion

END_OF_DOCUMENT_TOKEN_TO_BE_REPLACED

Fashion management in Milan: which master to choose?